Around the World in 80 Days, and Staying in Character

Last week I had a thoroughly enjoyable time seeing a re-make of the Jules Verne Classic "Around the World in 80 Days" in a wonderful off-broadway production. Directed by Rachel Klein,  the play involves 39 characters comedically and convincingly portrayed by 5 actors. The cast includes Shirine Babb, Jimmy Ray Bennett, John Gregorio, Stephen Guarino , and Bryce Ryness


Set in victorian England, the story is about a wager that the aristocratic and virtuous Phileas Fogg and his unconditionally devoted servant Passepartout enter into for a very large sum. The bet that challenges them is to circle the globe by whatever means possible and return back to London in 80 days. Unknowingly pursued by a detective who is convinced that Fogg is a bank robber on the run, the adaptible, quick-witted twosome travel 4 continents and 3 oceans in a fast paced romp to achieve their goal. There is never a dull moment!


Everything about this production was excellent including some very creative set design. What impressed me the most was the high caliber of the acting and how each character stayed in character with unfliching commitment. Even with the portrayal of many multiple personalities, each character was 100% convincing, with a clear motivation, emotions that were easy to identify with and an embodiment of that  character physically so that each character, even though played by the same actor in multiple roles was a distinct entity. Wow!
I have always told my students that not all actors are singers, but ALL singers are actors. This is a concept that is the same no matter what genre of singing you're performing. The commitment to your song or role must be real to you and unflinching. It struck me while watching this performance that good acting does not come from our heads or through our deliberate thinking but by being committed to our character, and that this committment is a physical, sensory one, so that each phrase we sing comes out with an authenticity that is undeniable to the audience. I've noticed in some of my beginning students that when they "try" to sing in character it often comes across as just that, "effort". Whatever you are actually feeling is what comes across when you sing, no matter what you tell yourself.
According to Thomas de Mallet Burgess here are some points for the singer to consider--
How can the text and subtext of a work be truthful in every part of the body and voice?
How can the singer maintain focus and emotional intensity during fixed silences (musical rests) of varying lengths, or instrumental sections where there is no singing?
A starting point is to speak the words of your song slowly and  thoughtfully as a monologue. Each breath you take as you speak can be thought of as an emotion that you feel physically in your body. Now see how that emotion can color your voice automatically as you speak your text. It's as if the words you speak are carried in the breath by the emotion you are feeling. This should be done in the most spontaneous, unselfconscious way as possible incorporating posture and movement. Give life to the words that you speak. If you can also do this with a body that is flexible and free of excess tensions you may find that the body is more receptive to taking on the emotions, thoughts and motivations of your character. It takes honesty with yourself. It's a skill to be developed like any other.
In closing I would like to say that going to see excellent live theatre, even if there is no singing in it, can be an inspiration to singers, as after all we are also actors. There is so much to learn and so much talent out there! 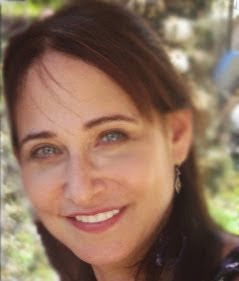